The area surrounding Snæfellsjökull glacier is one of Iceland’s most beautiful. Snæfellsjökull National Park is dominated by the glacier, which sits at a height of 1,446 metres (4,744 feet) atop a 700,000-year-old stratovolcano. Diverse bird life, seals dozing on black sand beaches, fantastic natural rock formations along with beautiful caves hidden in lava fields – there’s no question that such a natural treasure should be protected at all costs. Luckily, there seem to be more economic benefits than costs – at least according to Finnish researcher Jukka Siltanen’s work. The natural pearl of Snæfellsjökull has proven to be a gem of sorts for the Icelandic economy.

In Focus: The Alleged Death of Haukur Hilmarsson

Since the news of his death broke, two videos have been posted of Haukur. In the videos, he states his intent to fight fascism, admonishing the West for its lack of reaction to the problems in the Middle East, and describes himself as an anarchist at heart. When news broke out that Haukur Hilmarsson had been killed […]

Halldóra Geirharðsdóttir is one of the nation’s most beloved actors. Recently, she’s been getting international attention for her role as an environmental terrorist Halla in the film Woman at War.

For a long time, wetlands were an underestimated part of the Icelandic ecosystem. But times are changing. People are starting to realise that wetlands are an indispensable water resource and serve a significant ecological purpose. Wetlands are home to a variety of species, ranging from plants to small animals, which depend on the conditions provided by wetlands for survival. Amongst those are birds – over 90% of birds that breed in Iceland rely, to some extent, on wetlands.

Iceland famously has almost no forests. In most places that is. In the east of Iceland, you could almost imagine that you’re in another climate, especially if you visit Vallanes farm. On the farm, run by Eymundur Magnússon and his wife Eygló Björk Ólafsdóttir, mature forests meet fields of organic barley, rapeseed, salad greens, and other vegetables. It’s one of the first organic farms in Iceland and not a lot of people believed in Eymundur’s vision when he first abandoned the more traditional dairy farming.

Some characters and events in history are so memorable that their stories have been told and retold many times over. Facts become stories and stories become legends, and even though the only people that know the true events are long gone, they still hold a place in people’s hearts. For Icelanders, one such story is the story of Ragnheiður Brynjólfsdóttir, the Bishop’s daughter. It has captured the hearts and minds of Icelanders throughout generations, leaving them wondering to this day about the feelings and motives that drove her tumultuous life.

Last year, Iceland became the smallest nation ever to qualify for the World Cup tournament in men’s football. For a nation just about a century old, living on a small island north of almost everything, making such an achievement on an international scale is something that will go down in history.

For the past few decades, Icelanders put a lot of energy and pride into building up top-notch training facilities and quality youth programs for sports of all kinds. Icelanders have excelled in sports such as gymnastics, handball, and golf but the crowning glory of Iceland’s sporting industry are the national football teams. Excelling in the world’s favourite sport, and certainly, the most-watched sport in Iceland has unlocked new levels of national pride in this small group of 350 000 souls.

As the men’s football team travelled to Russia to compete with the best of the best, the whole nation held its breath. Airline tickets to Russia sold like hotcakes, as did the official team shirts. Buses, offices, homes, and faces were decorated with the Icelandic flag, and the national broadcasting company scored record ratings on game days. Every football enthusiast was in an emotional uproar as the game against Argentina, led by Messi, ended in a draw, but even when the team wasn’t winning, the boys had the love and attention of supporters from Russia to Akureyri, and even a small gas station in Blönduós.

Composer Béla Bartók once famously said, “Competitions are for horses, not artists.” The Iceland Music Experiments (IME) have proven him wrong many times over. A yearly competition for up-and-coming Icelandic musicians, IME have since 1982 been a stepping stone to success for bands such as Mammút, Agent Fresco, and Of Monsters and Men. This year’s winning band, Ateria, says horsing around together is key to making good music.

In 2013, ljósmóðir was voted the most beautiful word in the Icelandic language. The word translates to “midwife,” but its literal meaning is “mother of light.” Even if their title sounds ethereal, the members of this currently all-female profession insist that their demands for increased wages are all but lofty. The Ministry of Finance disagrees […]

This content is only visible under subscription. Subscribe here or log in.
Read More »
Iceland Review July 30, 2018
Still Can't find what you're looking for?
Ask Iceland Review
Latest news 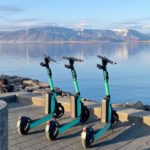