‘What colours the lives of all nonbinary people is invisibility’

A new study finds that one of the most significant challenges faced by nonbinary people in Iceland is a lack of visibility, as well as difficulty and discomfort in accessing even basic medical care. RÚV reports that Birta Ósk, a master’s student in gender studies at the University of Iceland, is currently conducting a study on behalf of the Icelandic Women’s Rights Association to determine what obstacles nonbinary people regularly face in their daily lives, as well as how the government can better serve this community’s needs.

There is a great deal of awareness-building taking place in Iceland right now, says Birta Ósk, and the general public is still learning how to speak in gender neutral language, for instance. But the issues faced by nonbinary people in Iceland has not yet been researched much, particularly in regards to sexism and gender inequality. “[Nonbinary people] have been somewhat left out of reports on gender equality,” says Birta Ósk, whose research specifically aims to rectify this disparity.

Birta Ósk says that space is rarely made for nonbinary people. Restrooms are frequently gendered for men and women, and registration and profile systems do not often offer gender-neutral or genderqueer options. The situation extends into interpersonal interactions: when meeting someone for the first time, Birta Ósk says people rarely consider that that individual they’re meeting could be nonbinary.

Iceland passed a landmark law on gender autonomy in 2019, which Birta Ósk says was an important step forward. “A lot of things have gotten better but there’s still a lot that needs improvement in both the healthcare and school systems.”

Trans and nonbinary individuals can seek assistance from the so-called “trans team,” which, per Trans Iceland, is “a loose team of doctors (a psychiatrist, endocrinologists, and a plastic surgeon), psychologists, and a social worker within Landsspítali (the national hospital) that oversees trans-specific care.” The team can help individuals access hormone replacement therapy, all standard surgeries, and therapy. But Birta Ósk says there’s a lot that needs to change about the team and its diagnosis process in particular.

“People have to undergo four diagnostic interviews with a psychiatrist and a psychologist before anything can begin. So they feel a bit like they have to convince doctors that this is something that they want and that they are really nonbinary.” These interviews are particularly onerous because there can be a very long wait—up to a month’s wait for the first interview, for instance. “So it can be a really long wait before you start on hormones, for instance,” explains Birta Ósk.

A nonbinary person could have potentially been in this process for a year and a half, then on hormones for six additional months, and then decide they need to have an operation. Then the process has to start all over again. “They have to go through four diagnostic interviews again,” says Birta Ósk, “go through the same wait before they can book themselves for a procedure which there’s maybe another long wait for.”

Birta Ósk says their interviewees also spoke about the difficulties they generally experience in basic interactions with healthcare professionals, from dentists to GPs. These doctors ask a lot of questions about their nonbinary patients’ gender and often don’t know how they are supposed to speak to them, even when gender is not relevant to the medical service being provided. This makes nonbinary people feel insecure about accessing even basic medical care.

There’s a pressing need, Birta Ósk continues, for a general awareness-raising in both the healthcare and school systems about what it means to be nonbinary how to use pronouns correctly. “I think it’s a serious thing that healthcare professionals don’t really know and even within the Trans Team—that they don’t exactly understand the experience of nonbinary and trans people.”

In the course of their research, Birta Ósk has interviewed nonbinary people of all ages. “My interviewees have explained to me how they have to constantly be on the lookout for risks in their environment—they can never completely relax because they don’t know how people will receive them.” Nonbinary people continue to have to justify their right to existence, Birta Ósk continues, and are often put in the position of having to educate people themselves when this responsibility rightly belongs elsewhere.

“When people use hate speech against nonbinary people, it suppresses all the good awareness building and makes people feel even more insecure about being themselves.”

Birta Ósk’s report will be published in September, at which point they will have suggestions for measures the government can implement to better serve the nonbinary population of Iceland, such as better enforcement of the 2019 Gender Autonomy Law, increased visibility for nonbinary people, and more educational outreach. 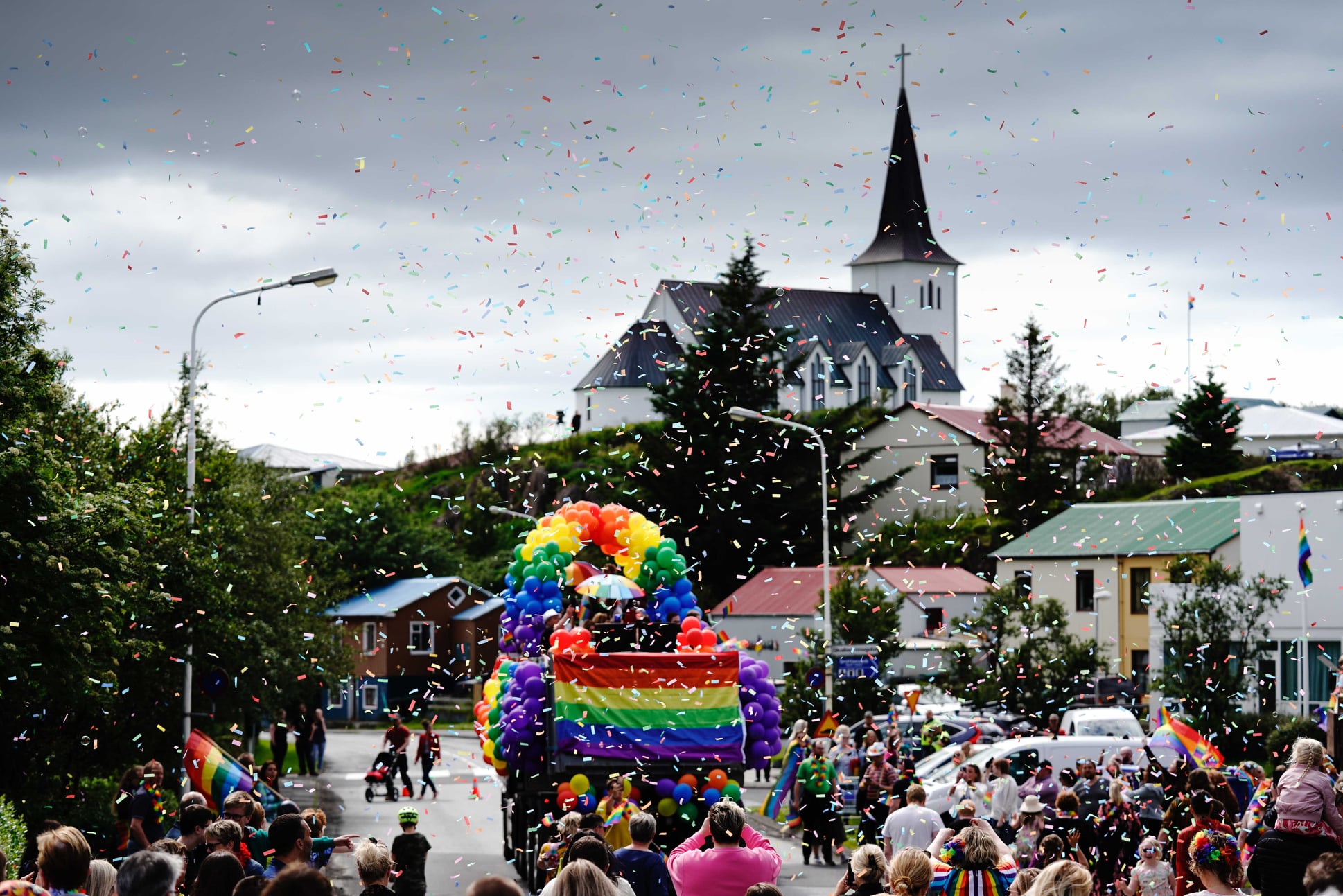