Icelandic students’ reading skills have worsened, according to the most recent findings of the Programme for International Student Assessment (PISA). When compared to students in other countries, Icelandic 15-year-olds scored slightly above average in mathematics skills, below average in science, and in the bottom 25% of countries in the study’s reading portion.

A worldwide study by the Organisation for Economic Co-operation and Development (OECD), PISA measures 15-year-old school students’ scholastic performance on mathematics, science, and reading. The test has been administered every three years since 2000 with the aim to provide comparable data that OECD countries can use to improve their educational policies and outcomes. A total of 79 countries took part in the test this year, and the response rate in Iceland was 87%.

Icelandic students did worse on the latest PISA study than their peers in the Nordic countries. According to the study’s results, a third of Icelandic boys did not exhibit basic reading skills. The results also show that students in rural areas do worse than those in the Reykjavík capital area. Icelandic students’ math skills have, however, shown a marked improvement since the last PISA test was administered.

Minister of Education Lilja Alfreðsdóttir presented an action plan this morning to counteract students’ declining reading skills. They include reviewing teaching material, increasing teaching hours spent on the Icelandic language, and creating a council of specialists in literacy, mathematics, and sciences directly under the minister. “We need to take extensive measures to improve literacy and improve pupils’ vocabulary and comprehension, but it is imperative that this work is done in good collaboration with the school community, municipalities, and households in the country,” Lilja stated.

The study has received criticism as well, with Forbes reporting that in some countries, only top-performing students take part, slanting the results. In 2014, a group of over 80 educators wrote an open letter to the study’s director Dr. Andreas Schleicher, expressing concern about the negative consequences of the PISA rankings, particularly that they had led countries to make short-term overhauls that were not necessarily in the best interest of students in a “race to the top” of the list.

Samherji and Iceland Under Scrutiny 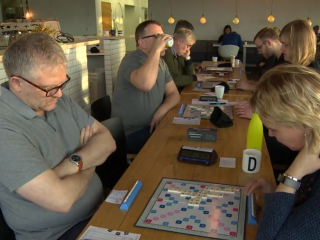