Icelandic Names Will No Longer Be Gendered

Icelandic given names will no longer be differentiated as being “male” or “female” in the national naming registry, RÚV reports. This means that anyone will be able to take any name in the registry, irrespective of gender, and marks a major change in Icelandic naming conventions. Per the previous provisions of the country’s naming laws, “Girls shall be given female names and boys shall be given male names.”

The removal of gender from given names is one of the changes that will go into effect as part of the Gender Autonomy Act that parliament passed last week. It applies to both parents naming their children and to adults who want to officially change their names. The Gender Autonomy Act also gives individuals the right to change their official gender according to their lived experience and register as neither male nor female (denoted with an “x” on documents).

Under the previous naming laws, no name could be given to both men and women, except in rare cases where there was an existing precedent for this. If a woman, therefore, wanted to take a name that was registered as a male name, she would have to submit a petition to the Icelandic Naming Committee for approval, and vice versa.

This very aspect of the law came under international scrutiny in 2013, when Blær Bjarkardóttir Rúnarsdóttir, then 15 years old, was informed by the state that she would have to change her name because “Blær” was only allowable as a boy’s name. Her mother, Björk Eiðsdóttir, had named her Blær as an infant, citing previous usages of the name for women, but had not received Naming Committee approval for this and as such, all of her daughter’s official documents and passport referred to her only as “Stúlka,” or literally, ‘Girl.’ Blær and Björk sued the state for Blær’s right to continue to bear her name, which she won that same year.

Just last year, the same situation came up again when the Icelandic Naming Committee rejected a petition to allow a four-year-old girl to bear the name “Alex.” Per the committee’s rationale, Alex was only recognised as a boy’s name. This decision was reversed in March 2018, as examples were furnished of the name being used for girls as well.

The new Gender Autonomy Act will also allow individuals who register their gender as ‘X’ to take gender neutral family names in lieu of patro- and matronymics that designate the bearer as being someone’s son or daughter. The status quo is for children to be given a name that specifies them as being either male or female using the suffixes -son or -dóttir. But now, there is a gender neutral option in the name ending -bur, which doesn’t carry any gendered connotation.

Take as an example as person named Alex. Instead of having to go by the name Alex Jónsdóttir (literally, ‘Alex, daughter of Jón,’) or Alex Jónsson (‘Alex, son of Jón’), this individual could elect to take the name Alex Jónsbur: Alex, Child of Jón. It’s important to note, however, that this gender neutral option will only be available to Icelanders who are officially registered as neither male not female. People registered as female will still be required to take the patro- or matronymic -dóttir and people registered as male will still have to use -son. 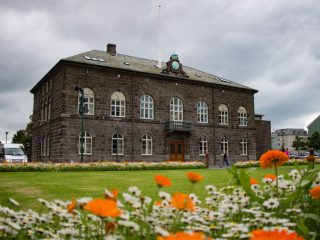 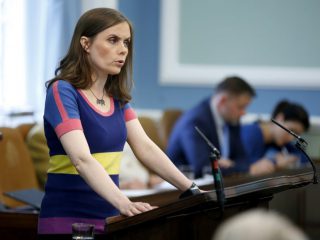