According to a new Eurobarometer public opinion analysis, “Social values, science and technology”, the quality Icelanders put most emphasis on in the upbringing of their children is “independence”. Over 85 per cent of respondents in Iceland found “independence” to be “very important”, more than any of the other 32 European nations questioned in the survey.

Respondents were asked to indicate the extent to which they believed each of a series of qualities was important. Tolerance and respect for others as well as a sense of responsibility are the values EU citizens attach the most importance to. Others included determination, obedience, thrift, imagination and hard work.

Swedes put most emphasis on developing imagination of their children, while hard work was valued most by Turks. 83per cent of respondents in Iceland believe it is important to teach their children empathy and to respect each other.

According to a summary of the report in the Sunday edition of Morgunblaðið, there is considerable difference in the views of Europeans regarding gender issues. Respondents were asked if they thought women had to same rights as men to jobs if jobs were scarce.

62 per cent of Icelanders agreed with this statement, a lower proportion than in any other country except Slovakia. 95 per cent of Danish, French and Finnish respondents favored gender equality when jobs are scarce.

According to the survey respect for the environment is one of the main principles guiding human behavior and governing decision making at its various levels. Nine in ten European Union Citizens (89 per cent) declare that they have a duty to protect nature even if this means limiting human progress.

Slovaks, Icelanders and Poles were most in favor of the assertion that mankind had an unlimited right to utilize nature for its benefit. 77 per cent of Poles and 74 per cent of Icelanders agreed with this statement; on average, only 43 per cent of respondents in the EU agreed.

Only 37 per cent of those polled believe nature will be able to survive human actions.

According to its website, the European Commission has been monitoring the evolution of public opinion in the Member States, since 1973, helping the preparation of texts, decision-making and the evaluation of its work.

More information can be found on the website for the Public Opinion Analysis sector of the European Commission http://europa.eu.int. 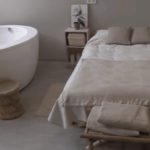