A team of Icelanders successfully recently retrieved a part of an Air France aeroplane engine which fell off over the Greenland ice shelf in 2017.

On September 30, 2017, an Airbus A380 Air France aeroplane en route to Los Angeles from Paris suffered an uncontained engine failure. Part of one of its engines fell from a height of 30,000 feet, plunging into the ice shelf. The Engine Alliance engine dismantled 150 kilometres southeast of Paamiut, Greenland while the aeroplane was in cruise with its 521 occupants. The plane eventually made an emergency landing at Goose Bay Airport in Canada.

20-month long mission
The mission was organized by The French Bureau of Enquiry and Analysis for Civil Aviation Safety (BEA). A team from the Geological Survey of Denmark and Greenland (GEUS) discovered the fan hub after a two-year-long search, buried four metres into the ice shelf. The Icelandic team was then dispatched to the ice shelf to find the fan hub, dig it up, and deliver it for further inspection. The whole mission, which took 20 months and encompassed of four different phases, was funded on a case-by-case basis by various stakeholders of the event such as AIB Denmark, Airbus, Air France, BEA & Engine Alliance. The manufacturer Engine Alliance has now received the parts to investigate further, and it is hoped that the investigation will shed further light on what went wrong during the flight.

Video of the retrieval from the BEA’s YouTube channel

“I was in contact with a Norwegian scientist who I studied with a long time ago”, said Arnar Ingi Gunnarsson when asked how the Icelanders got involved with the project. Arnar was then asked to find two others who had experience with technically difficult glacial work to go up onto the Greenland glacier and retrieve the engine.

Arnar contacted Tómas Eldjárn Vilhjálmsson and Anton Aðalsteinsson, his colleagues from the Aviation Rescue Squad of Reykjavík. Tómas had recently had his second child, “I didn’t know whether to believe him at first but I couldn’t say no. It took a little bit of time to convince the wife but I was successful in the end.”

Originally, the project was supposed to take two weeks, but the team retrieved the engine in only two days between June 29-30. “It was supposed to take two weeks at maximum, but we had hoped that we would be quicker. When we reached the area, we were quite quick. We were quick to dig and set things up. Then when we reached the part which we were looking for, we could use a mountain rescue system to heave it up. It saved us a lot of time,” Arnar said.

The risk of polar bears is everpresent on the ice shelf, so the team set up a system of wires around their tents, equipped with an alarm bell. Team members also slept with rifles on both sides, to make sure. The engine part itself was just over 150 kilograms heavy, but the team made easy of the work. “Tómas hit it with his shovel and realized that it was something other than ice. The whole team was merry,” Arnar said.

“It was a great adventure, and of course one would like to head on this type of adventure. I could very well think to make it my life’s work,” Tómas said.

Full list of events from the Aviation Herald: http://avherald.com/h?article=4af15205&opt=0

Can you see Greenland from Iceland? 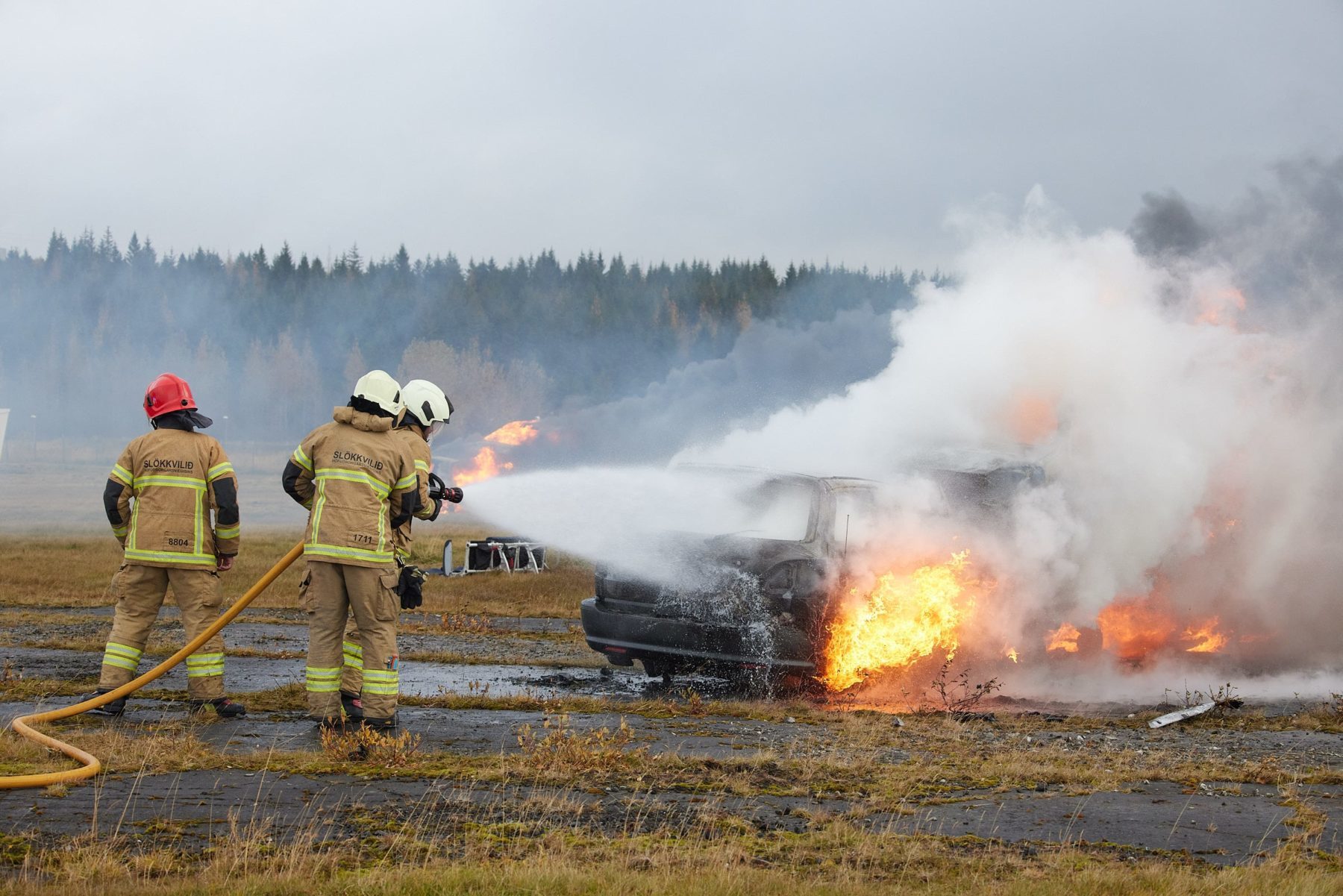