The Financial Supervisory Authority of the Central bank of Iceland is investigating the pension funds’ involvement with Icelandair’s stock offering last week, Central Bank Governor Ásgeir Jónsson revealed yesterday. No specific pension funds were mentioned but the last few days have seen disagreement within the board of the Pension Fund of Commerce surfacing over the decision not to participate. The Director of VR (the Store and Office Worker’s Union) declared in an open letter in Fréttablaðið that he had no confidence in the board’s Vice-Chairman after she aired her opinion that she was surprised at the board’s decision.

“We worry that the independence of individual board members wasn’t sufficiently secured; that it wasn’t entirely certain that board members made their decisions based on pension fund member interests instead of the interest of individual companies or corporate disputes. We want to reiterate that that should be the case,” Ásgeir told RÚV.

The Pension Fund of Commerce, formerly the largest shareholder of Icelandair, didn’t participate in the company’s stock offering last week. After the successful stock offering, the country’s pension funds are no longer majority shareholders in Icelandair. The board of the Pension Fund of Commerce’s votes were even, as Chairman of the board Stefán Sveinbjörnsson and Vice-Chairman Guðrún Hafsteinsdóttir were on opposite sides. The board is made up of eight members, four of whom are appointed by the board of VR and four by the employers’ associations. Ragnar Þór, the director of VR, was heavily criticised for his comments last year during controversial wage negotiations for Icelandair’s flight attendants when he suggested that the pension funds connected to the unions should not participate in the airline’s stock offering. He rescinded his comments once the wage dispute was settled.

The Vice-Chairman is one of the four board members appointed by employers associations, and after the board’s decision, she openly aired her disagreement. “I considered [Icelandair’s] forecast to be modest, and it showed moderate optimism. That said, I thought we should maintain our share in the company. To get a good return on investment, you sometimes need to take risks. And I was ready to do so in this particular case,” Guðrún told Rúv.

Guðrún told Fréttablaðið last week that she was surprised at the position the board’s VR representatives had taken, that they did not wish to take part in the stock offering. The director of VR criticised Guðrún in an open letter in Fréttablaðið yesterday over the comments, which he claims are merciless.

“She thinks sinister points of view are the reasons behind the decision not to participate in Icelandair’s stock offering, other than professional. I think this behaviour is unacceptable. I will assume that FSA Iceland will investigate her position and comments,” says Ragnar. He also stated that he has for a long time held the opinion that neither employers nor union representatives should have a hand in the boards of pension funds.

“It should be the pension fund members themselves. The real owners of the funds, who are best suited to make decisions on how the money is distributed and who should control the funds,” says Ragnar.

Does Guðrún believe that the pension fund’s board went against the interest of fund members when they decided not to participate in the stock offering? “Well, let’s not forget that a few thousand Icelandair staff members are pension fund members in Lífeyrissjóður Verzlunarmanna. In this case, everyone was probably looking out for people’s interest even if there were different opinions,” says Guðrún.

Ragnar Þór said that he has no confidence in Guðrún as a board member of the pension fund. “I think Guðrún Hafsteinsdóttir should focus on what she does best, which is to manufacture ice cream,” says Ragnar. Guðrún and her family are the owners of Kjörís, an ice cream factory.

“One does feel it’s unfair that my person is dragged into things in this way, my company and my family,” was Guðrún’s reply. 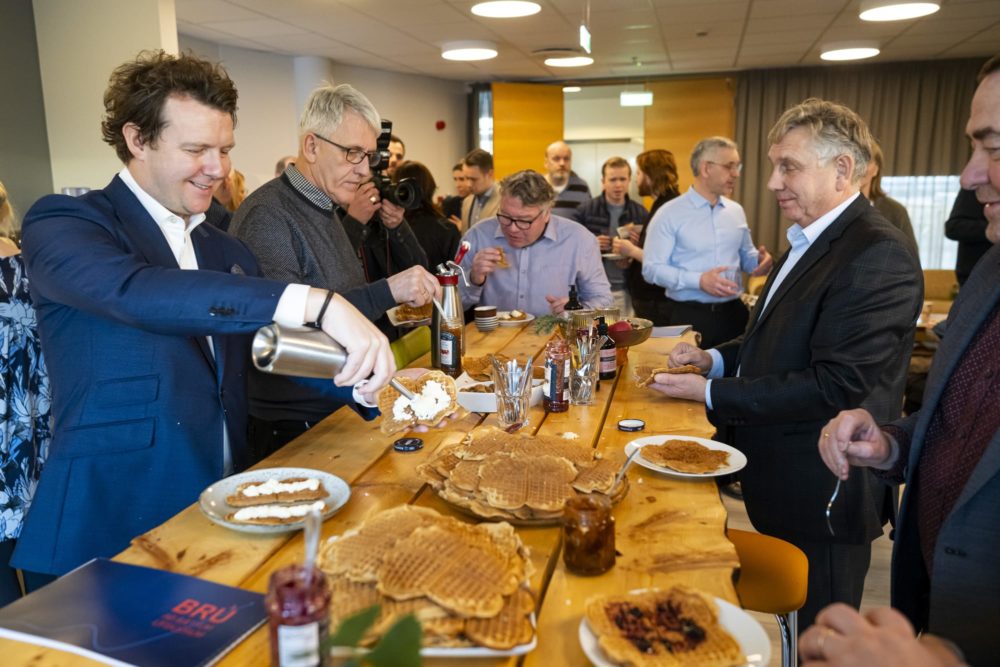 VR and SA Agree on Contract