The predicted severe winds hit the country this morning, causing travel disruptions, property damage and disruptions to capital area services. The red alert warning has now expired, although an orange warning is still in effect for the whole country. Parts of the south coast are still without power and some without hot water but capital area services are returning to normal with the city buses running again and healthcare clinics and post offices reopened. Road closures in the south have been lifted for the most part but roads in the north and Westfjords are still closed

A particularly deep low-pressure area was predicted to move over the country, causing the Met Office to issue a red alert for the second time ever since implementing the colour-alert system in 2017. The first time was this December in north Iceland. High tide was an added concern as the combination meant that tall waves could cause problems.

Extensive precautions were put in place, and most main roads in the country, including all roads to and from the city, were closed this morning when the worst of the storm hit. On the road by mt. Hafnarfjall between Reykjavík and Borgarnes, a steady wind speed of almost 30 metres per second and a particularly strong gust of wind measured 71 metres per second (159 miles per hour). Some roads have now been reopened in the south but road closures are still in effect in North Iceland. In North Iceland and the northern part of the Westfjords, some roads have been closed due to danger of avalanches.

The extreme weather caused power outages, mostly on the south coast but also in Hvalfjörður and Húsafell in West Iceland. On the south coast, power has been restored to Höfn but the surrounding area is still without power. The towns of Vík and Vestmannaeyjar are running on backup generators and hotels are packed with travellers unable to continue their journey due to road closures. Power outages in the south coast also caused hot water shortage in Hella and Hvolsvöllur. Repairs are in progress.

Services in the city were suspended – kindergartens, schools and universities were closed, as well as post offices and health care centres, but since noon, most services are back to normal. A few instances have been reported of the wind tearing roof plates off buildings and bus stop shelters from the ground, requiring search and rescue volunteers to weigh them down to prevent further damage. In the greater Reykjavík area, the wind was felt the most in Kjalarnes, where the wind blew a roof partially off a building and sundecks off the ground.

Search-and-rescue volunteers had a busy night all over the country, with the first calls starting just after midnight. Few injuries have been reported, but in Hvalfjörður a man was hit by a roof plate that had been blown loose. He was transported to hospital in Reykjavík.

While the extreme weather is subsiding in the south, an orange alert is still in place for the whole country today and travellers should consult www.safetravel.is before setting off. A thunderstorm is expected to hit the south coast tomorrow, a rare occurrence in Iceland. 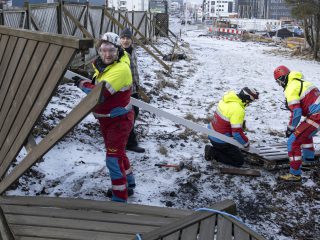 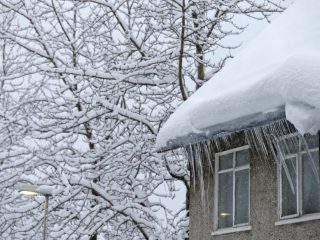 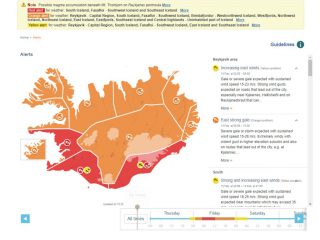