Electroshock Weapons to Be Employed by Middle of the Year Skip to content
Photo: Golli. Minister of Justice Jón Gunnarsson.

The Minister of Justice hopes that the police will be able to put the first electroshock weapons to use this year, RÚV reports. The minister’s decision to grant this authority to the police should not come as a surprise.

Full implementation may take one or two years

In an interview with RÚV yesterday, Minister of Justice Jón Gunnarsson affirmed that his decision to authorise the police to carry electroshock weapons will stand – despite the criticism. He hopes that the first weapons will be in use by the middle of the year.

An amendment to existing regulations is expected to take effect next week. Electroshock weapons will only be assigned to police officers who have received the necessary training, and such weapons may only be used if other, milder measures are not deemed sufficient.

“This will, of course, take some time. I expect that the implementation will take approximately one to two years. My hope is that the first officers will begin carrying these electroshock weapons in the middle of the year or so,” Jón observed.

Jón has been criticised for not giving Parliament sufficient opportunity to discuss the amendment. During a radio interview yesterday, Prime Minister Katrín Jakobsdóttir remarked that it would have been more appropriate to discuss the matter more thoroughly in Parliament.

“She said that more of a discussion needed to take place, and I have submitted a memorandum to Parliament; the matter has received a certain amount of discussion at that level,” Jón added.

When asked if the matter had not been discussed thoroughly enough, Jón replied that it was not for him to judge.

“Ultimately, it’s the PM’s decision. This change to the regulation has been carefully prepared, and it has been repeatedly discussed, as I’ve told the media previously; it has not provoked any special reactions or given rise to any special discussion, these reactions that have been expressed,” Jón explained.

Jón plans on attending a meeting with the Judicial Affairs and Education Committee next week so as to answer the committee members’ questions. He says that the decision to introduce electroshock weapons was made with the safety of police officers in mind.

“I am prepared for any discussion about this and thoroughly present my reasoning behind the decision. A decision has been made based on the information I have and it stands,” Jón concluded. 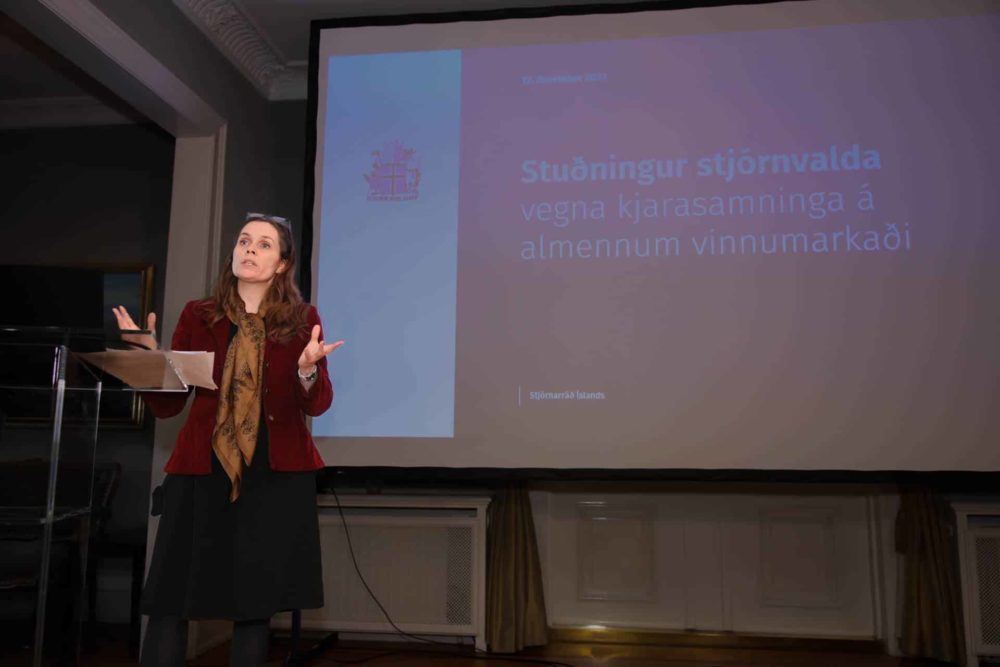