Large transport trucks could be driving along Iceland’s South Coast at 7- to 8-minute intervals – 24 hours a day – if German company EP Power Minerals’ plan to open a sand mine east of Vík is realised. The sand would be exported to Europe and possibly North America, where it would be used as an additive in cement. The company plans to ship the material from Þorlákshöfn, but the local mayor says the town does not have adequate facilities for its storage and EP Power Minerals is yet to apply for a lot in the harbour.

An environmental evaluation of the proposal published earlier this month judged the project’s impact on traffic and noise pollution to be “considerably negative.” Its impact on birdlife, plant life, and the geology of the area was, however, evaluated as “insignificantly negative.”

EP Power Minerals purchased the land where the proposed mine is to be located in 2020. Some 15 km [9.3 mi] east of Vík í Mýrdal, the property stretches from Kötlujökull glacier down to the coast, and consists mostly of sand plains.

The property was listed for sale in 2016 by its former owners, three siblings who have stated that they made several unsuccessful attempts to sell it to the Icelandic state. The land was sold to EP Power Minerals through the company Mýrdalssandur ehf., in which three Icelanders own a 10% share (through the company Lásastígur ehf.).

Trucks at 7- to 8-minute intervals

The proposed mine would be located by Hafursey mountain and north of the Ring Road, which runs through the property. The proposed mining area covers 15.5 square kilometres and it is estimated that the usable sand within the area measures around 146 million cubic metres. According to the mining plans, there should be enough material within that area for 100 years of mining.

EP Power Minerals plans to transport the sand by truck to Þorlákshöfn. The amount of material would entail a full truck leaving the mine every 15 minutes, and empty trucks returning from Þorlákshöfn at the same rate. This means that transport trucks will be driving at 7-8 minute intervals 24 hours a day along the ring road between Vík and Hveragerði, as well as on the roads between Hveragerði and Þorlákshöfn.

Concerns about impact on traffic and roads

“There has been talk about the tourism industry in that regard, but it’s recognised that one heavy truck such as those that transport fish between regions, it damages the road to the equivalent of 10,000 Yaris cars or small rental cars,” Jóhannes Þór told Vísir, expressing doubt as to whether road infrastructure could handle so much heavy transport. He added that a project such as the mine would affect the experience of tourists in the area.

The environmental evaluation conducted by Efla and published earlier this month judged many of the mine’s negative impacts to be negligible. Its impact on plant life and birdlife in the area was considered “insignificantly negative,” as the sand plains in question are not a habitat for endangered or protected plant species and the mine would not greatly impact nesting areas.

Despite the fact that the mine would have a “direct and permanent effect on the sedimentation of Mýrdalssandur,” the effect would only be on a “tiny percentage of the total formation,” lowering the surface by 10 metres at a site where the sand is 120 metres thick. Therefore, Efla’s assessment was that the overall impact on geological formations would be “insignificantly negative.” The same was determined of the mine’s impact on tourism and outdoor recreation in the area.

The project’s climate impact was considered to be “considerably positive,” as the material produced would replace cement clinker and would therefore reduce carbon emissions due to concrete production by 800 million kg of CO2 equivalents annually (when emissions due to transportation are taken into account).

Why is the sand black in Iceland? 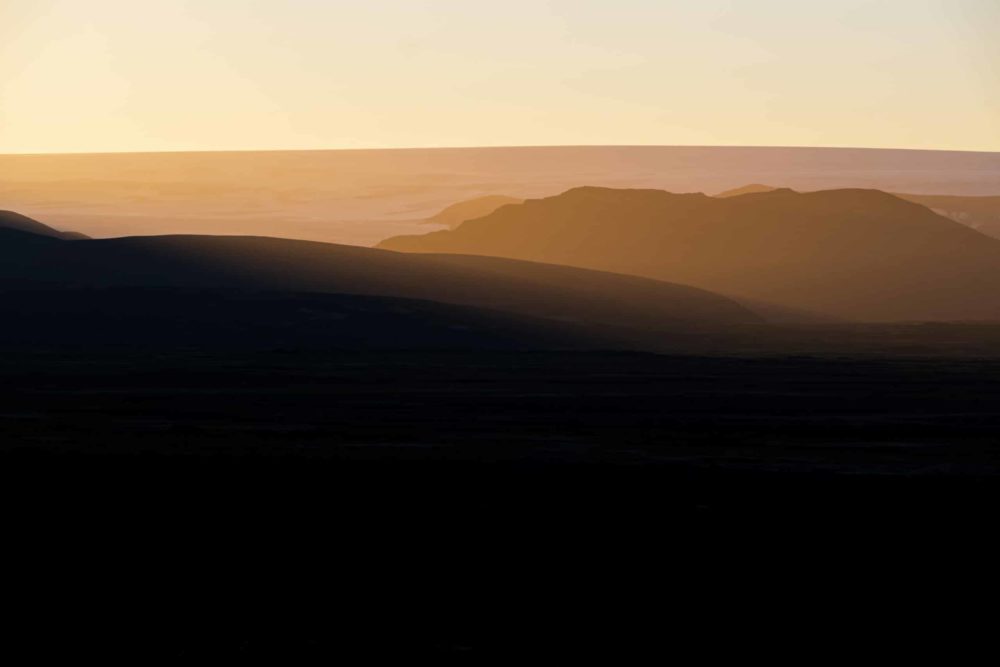