For thousands of years before Iceland was settled, the majority of the country’s lowland areas and parts of the highlands were covered in birch forests. While patches of the original woodlands still exist and have grown larger following protection against grazing sheep along with warmer climate, most of the country is now famously devoid of trees and forests. Spurred on by the UN sending out a “rallying call for the protection and revival of ecosystems all around the world” in the form of the UN Decade on Ecosystem Restoration, biologist Atli Jósefsson has taken it upon himself to try to reclaim at least a small patch of the country’s ancient vegetation.

The Mosfellsheiði heath consists of what many Icelanders consider a typical rural landscape. Mossy hummocks covered with ling, interspersed with rocky areas of exposed soil. Yet even into the 18th century, patches of the original birch forest remained. Grazing livestock contributed to soil erosion in the past but these days, a portion of the area is fenced-off, keeping the offending sheep at bay. It’s here that Atli is realising his one-man mission to reclaim at least one part of the ancient birch forest.

Today, Atli teaches biology at Menntaskólinn við Hamrahlíð, after years of teaching physiology at the University of Iceland. While he hasn’t got decades of reforestation experience or an extensive background in birch research, Iceland’s biology and Iceland’s great outdoors have become something of a passion. “I’ve often lamented the state of the land surrounding the capital area, which is looking shabby after centuries of unsustainable land use,” he told Bændablaðið recently. “Most of the city’s inhabitants likely consider the rocky and mossy Mosfellsheiði heath, with its areas of exposed soil to be the natural state of the local vegetation. I believe we owe it to ourselves to try to regain a part of the earlier quality of the land and restore its biodiversity. As official parties haven’t done enough in this area, I decided to try and start my own mission in hopes that despite its small reach, it will inspire others to follow suit.”

Following environmental protection, formerly deforested areas have been known to regain their former vegetation. In a conversation with Iceland Review, Atli mentions Þórsmörk, an area that in the 19th century, had become all but bare of trees, and was facing soil erosion. Protected from tree felling and fenced off from grazing sheep in the 1920s, the area is now once more verdant and covered in the shrubs and the low birch trees emblematic of the local birch forests. Another example of a protected birch forest is Hafnarskógur, the birch forest at the root of Hafnarfjall, just across the fjord from Borgarnes, about an hour’s drive north of Reykjavík. This is believed to be one of the rare patches of Iceland that have been covered in birch forest since before the country’s settlement, and probably during the few thousand years since the last ice age. Scientists have found that the Hafnarskógur soil is one of the most carbon-rich soils in Iceland, which could mean that reclaiming birch forests could do its part to bind carbon in the long term.

Atli’s mission aims to reclaim the Elliðakotsheiði birch forest (the southwest part of the Mosfellsheiði heath). The land he is working on is within the capital area’s sheep-free zone, so grazing sheep won’t affect his efforts, and landowners have graciously given him permission to partially reclaim the ancient vegetation. His aim is to only spread native Icelandic species, such as downy birch, tea-leaved willow, or woolly willow, in addition to grass seeds for the rocky areas with eroded soil.

He started preparing the project in 2020 and the following spring, he got to work. “I’ve already distributed about ten shoeboxes of birch seeds, planted about 1,000 willow cuttings and 500 birch seedlings. My goal is to plant 1000 birch trees next year, but I’ll have fewer seeds as last year wasn’t a good seed-forming year for birch.”

Atli plants the birch trees in clusters, so as they grow, these trees will have started to form their own seeds within the decade and take over from Atli’s manual work. This is what has happened during reforestation projects around the Hekla volcano, intended to stop erosion from volcanic ash in future eruptions. “According to what we know,” Atli tells me, “the birch forest is generally the natural final stage of natural succession in Iceland’s lowlands. By the end of the last ice age, Iceland was at a vegetational starting point and the result of thousands of years of isolated development was a country covered in birch forests.” That is – until humans arrived. Of course, there are no guarantees, as humans always affect their surroundings, both directly and indirectly, but it’s possible that if left alone for a few centuries, the birch forest would return on its own. “I’m helping things along a little quicker,” Atli says. 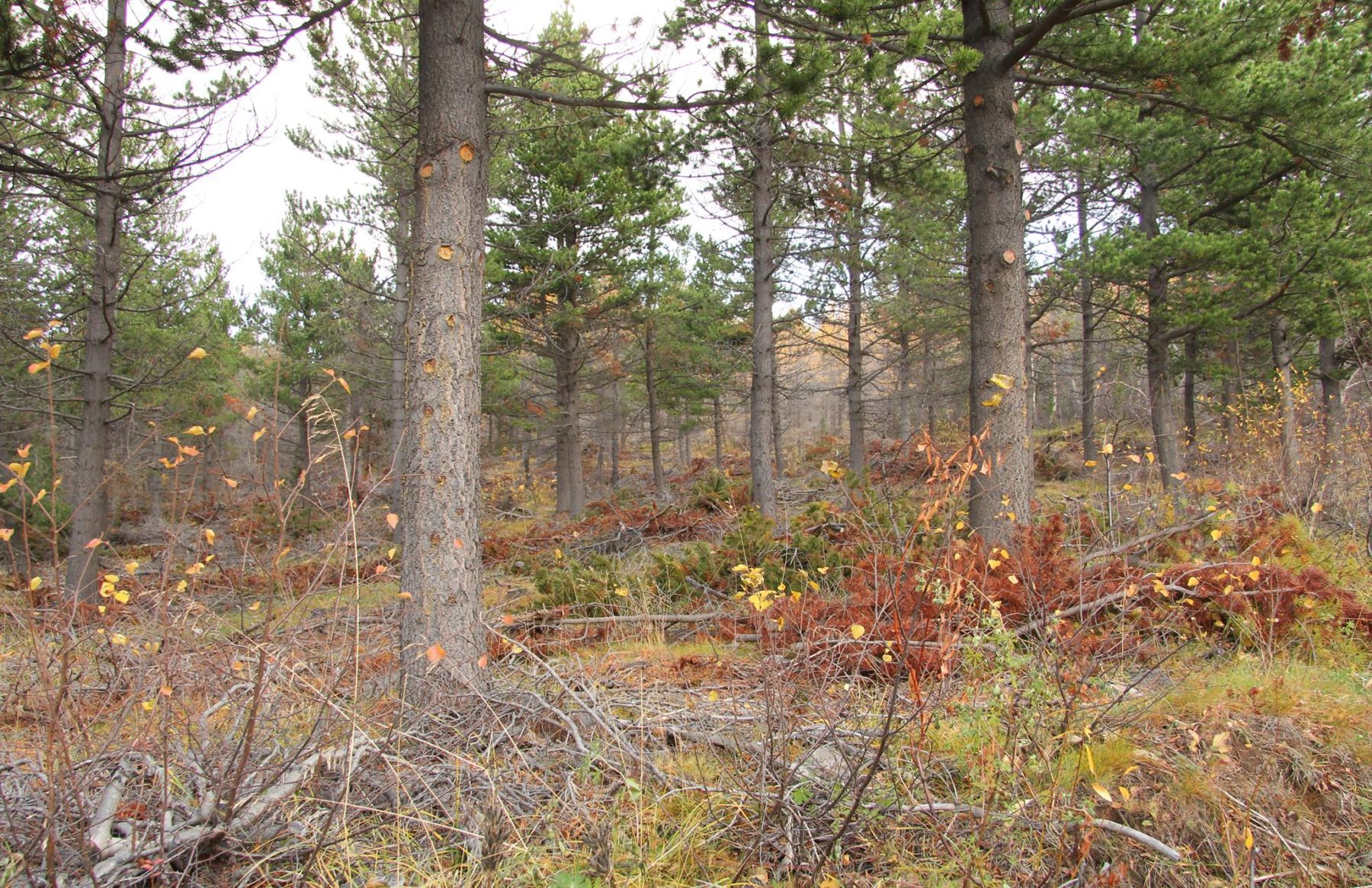 Use of Lodgepole Pine in Reforestation Sparks Feud Between Agencies