Halldór Laxness, Iceland’s virtuosic Nobel Laureate in Literature, is having something of a renaissance in the United States, reports The New Yorker. The revival has been a long one, with the novelist’s early success in America stymied by those opposed to his outspoken political beliefs—not least nefarious FBI director J. Edgar Hoover. Slowly but surely, however, Halldór is starting to get his due in the US. The revival started in the late 90s, when authors such as Brad Leithauser, Jane Smiley, and Susan Sontag voiced their unfettered enthusiasm for novels such as Independent People. But most recently, this much-delayed appreciation is thanks to the publication of Salka Valka in Philip Roughton’s translation, which Salvatore Scibona hails as “a gripping wonder, and [Halldór’s] most sustained piece of narrative drama.”

The wide-ranging profile traces Halldór’s remarkable life, which could easily be the stuff of fiction itself. He was raised on a farm called Laxnes in 1902 and died in a Reykjavík nursing home in 1998. In between, he contracted and recovered from polio; spent as many as ten hours a day writing as a child; finished his first novel, some 600 pages long, at 16; travelled extensively; was a voracious polyglot (besides his native Icelandic, Halldór spoke Danish, English, and German, and spent time studying Russian, Latin, and French); almost took orders as a Benedictine monk; tried to make it as a Hollywood screenwriter; became disillusioned with America and capitalism after the start of the Great Depression in 1929; became an outspoken socialist, advocate for Icelandic independence from Denmark, and anti-NATO activist; was probably blacklisted in the US for his political beliefs and definitely investigated by J. Edgar Hoover; and, of course, became Iceland’s first—and as yet only—Nobel laureate at the age of 53 for a body of work that the prize committee lauded for “renew[ing] the great narrative art of Iceland.” (And that’s just the short version—The Islander, Halldór Guðmundsson’s biography of Halldór Laxness, also translated by Philip Roughton, is nearly 500 pages long.) 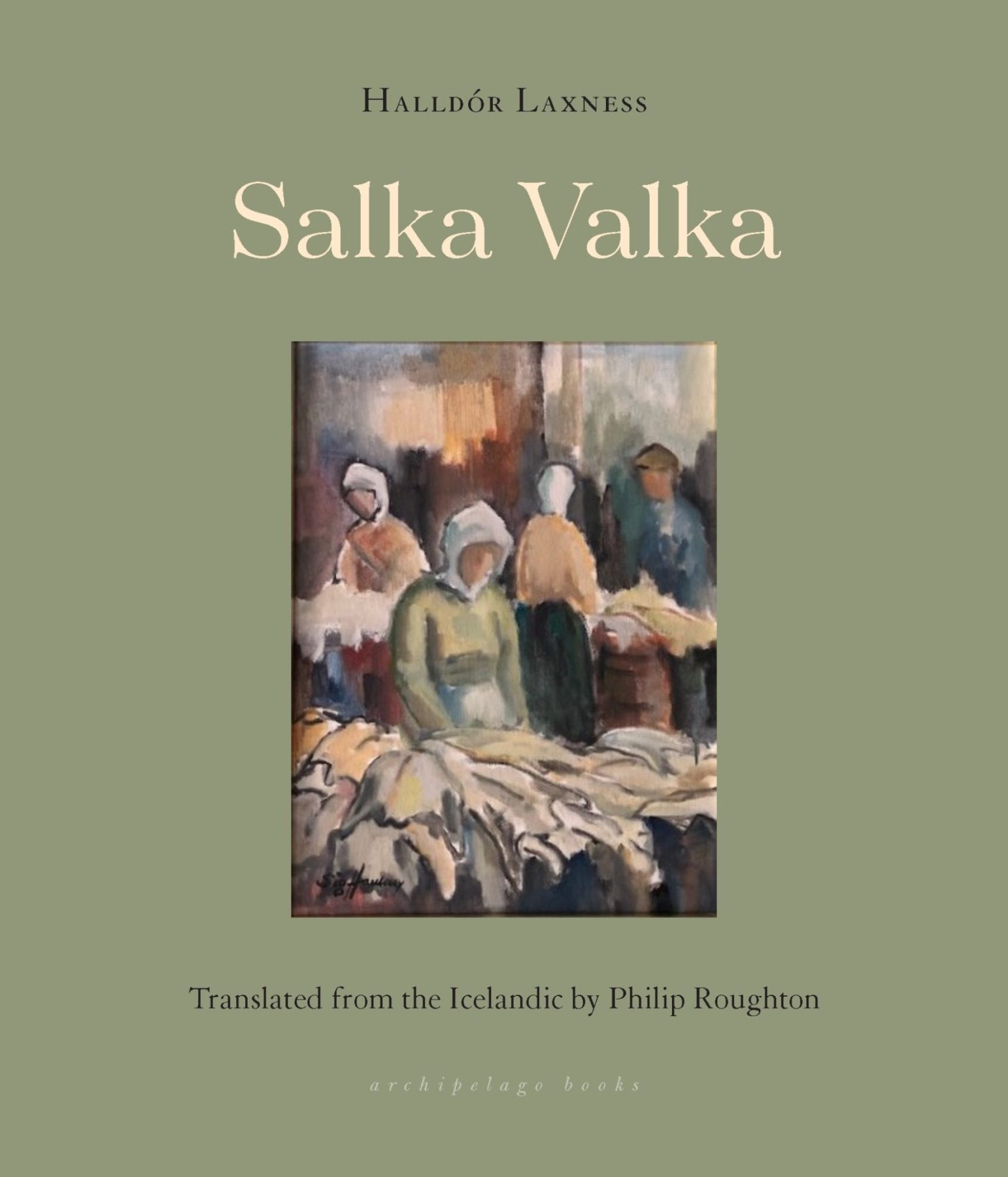 Salka Valka, published by Archipelago Books, began its life as Halldór’s doomed Hollywood screenplay. At the time, it carried at the time the subtitle “A Woman in Pants.” Halldór envisioned Greta Garbo for the lead role. However, the studio wanted to move the setting from Iceland to Kentucky, and that was an adjustment that Halldór could not accept. So he returned to Iceland and turned his screenplay into a novel, which was published in two parts in 1931 and 1932. The eponymous main character is a heroine ahead of her time, a trouser-wearing, deep-voiced, stridently independent, politically passionate woman of “unruly vitality” who will not be dominated or subjugated by men, society, or even love.

Notably, Philip Roughton’s translation is the first English version of the novel to be translated directly from Icelandic. A previous English version of the novel, published in 1936, was translated not from Icelandic but from Danish, yielding a final product that Halldór did not like at all, complaining that “fifty per cent of my style has disappeared.” Roughton’s new version, on the other hand, “moves along with calm assurance,” writes Scibona, “tossing off Laxness’s inventive and always spot-on descriptions as though they were commonplace” and “captur[ing] Laxness’s singular dour-droll tone with uncanny grace.”

Read the full profile of Halldór Laxness and more about Salka Valka (in English) here.