The town council of Grindavík, Southwest Iceland has narrowed down around 339 name suggestions for the new lava field at Fagradalsfjall to just two: Fagrahraun

Húsavík, Iceland Rolls Out the Red Carpet for Oscars Ceremony

Residents of Húsavík have literally painted the town red for this Sunday’s Academy Awards ceremony, which features a musical performance filmed in the North Iceland 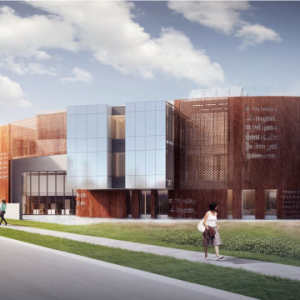 50 Years Since First Icelandic Manuscripts Were Returned from Denmark

Today marks 50 years since the repatriation of two of Iceland’s most important medieval manuscripts. The Codex Regius of the Poetic Edda (Konungsbók Eddukvæða) and

An earthquake of magnitude 4.1 was detected on the Reykjanes peninsula at 11.05pm last night. It is the largest earthquake that has been detected on

Friðgeir Einarsson has published three books; one novel and two short story collections. He has also attracted attention within the Icelandic performing arts scene as an actor, director, and author with performance groups including 16 Lovers and Kriðpleir. His play Club Romantica was premiered at the Reykjavík City Theatre earlier this year and has received praise from both viewers and critics. What It’s Like to Drown first appeared in his book Ég hef séð svona áður (I’ve Seen This Before) in 2018.

The Age of the Sturlungs

COVID-19 in Iceland: Janssen Vaccinations Start Next Week With No Limitations

Iceland will start vaccinating with the Janssen vaccine and will receive additional doses of the AstraZeneca vaccine from Norway, Chief Epidemiologist Þórólfur Guðnason disclosed at

Bill to Ban Oil Exploration to Be Resubmitted